Here are three simple true/false questions about employment in the USA.

All three are true, and the simple fact is that the unemployment rate is a somewhat subjective number that depends on quite a few rules, most of which have been in use for decades. It is important to stick with a fixed method that provides repeatable results so trends can be better identified. The Bureau of Labor Statistics is responsible for and publishes an impressive description of the measurement system. Each monthly result is based on analysis of answers to eleven questions posed to whoever answers the phone at 15,000 households selected to be representative of the population. The calls are made by trained and experienced Census Bureau employees. As expected, the estimate based on such work is highly variable with a 90% chance that it is within plus or minus 300,000 of the actual number of “unemployed” as defined by the BLS (jobless, looking for a job, and available to accept a job). If you are interested in the unemployment issue, it is worth reading the details of the methodology at this link.

Don’t ask me why but, for some reason, I felt compelled to spend a couple of hours flow-charting the eleven questions as described at their website. The process begins at the upper left and results in classification of every responder as either Employed, Unemployed, or Not in Workforce Market. Then the percent unemployed is equal to unemployed divided by workforce size (unemployed + employed). See if you can follow this logic: 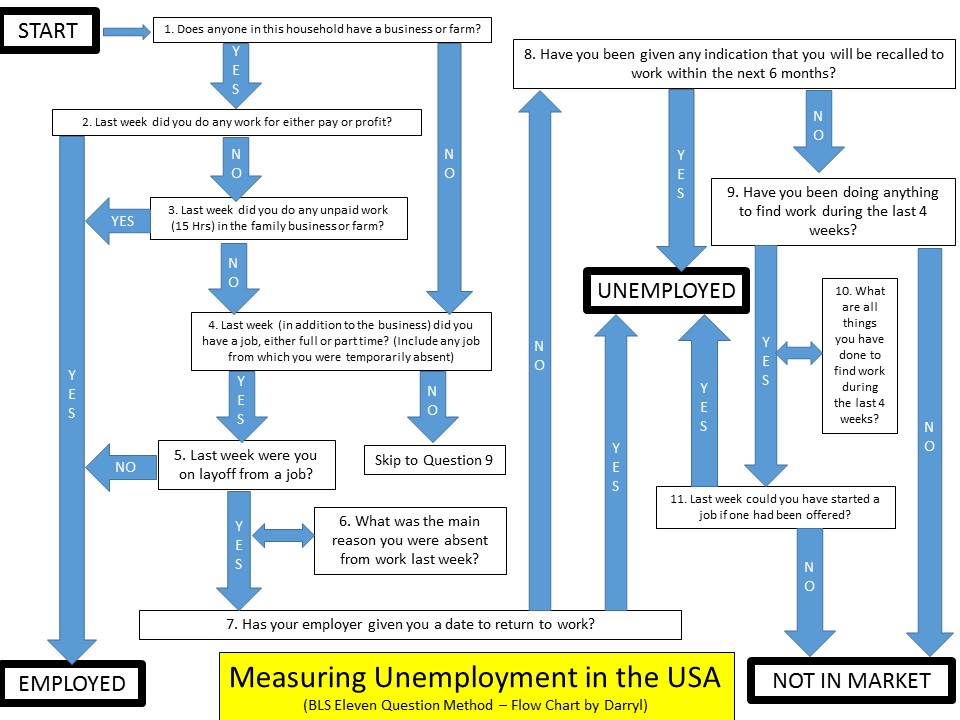 If there is no reason, except temporary illness, that the person could not take a job, he or she is considered to be not only looking but also available for work and is counted as unemployed. Anybody working fifteen hours or more, even if unpaid labor in a family farm or business, is considered employed.

And here are the results, for the last 55 years, straight from the BLS Website. I’m thankful to have entered the job market in 1965…and to have remained employed by the same company, through all the economic ups and downs, until 2000. 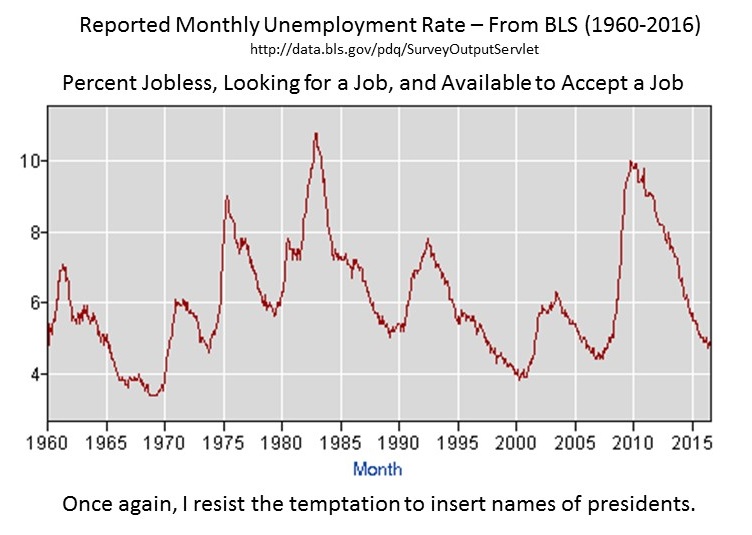 Lots of folks like to point out a couple of problems, primarily that very low quality and part-time jobs and even unpaid work in some cases count and that those have been increasing, resulting is a too positive slant on the published figures. Others like to point out that the number of folks not in the job market at all and therefore not part of the calculation is unusually high and increasing. Beginning in 2006, the BLS started a new measure that omits the poorer quality part-time jobs. The measure is called U-6, and it is plotted below on the same chart as the traditional measure for 2006-2016. Most reasonable folks probably think the U-6 10% unemployment better explains the mood of the country than the politically more palatable 5%. 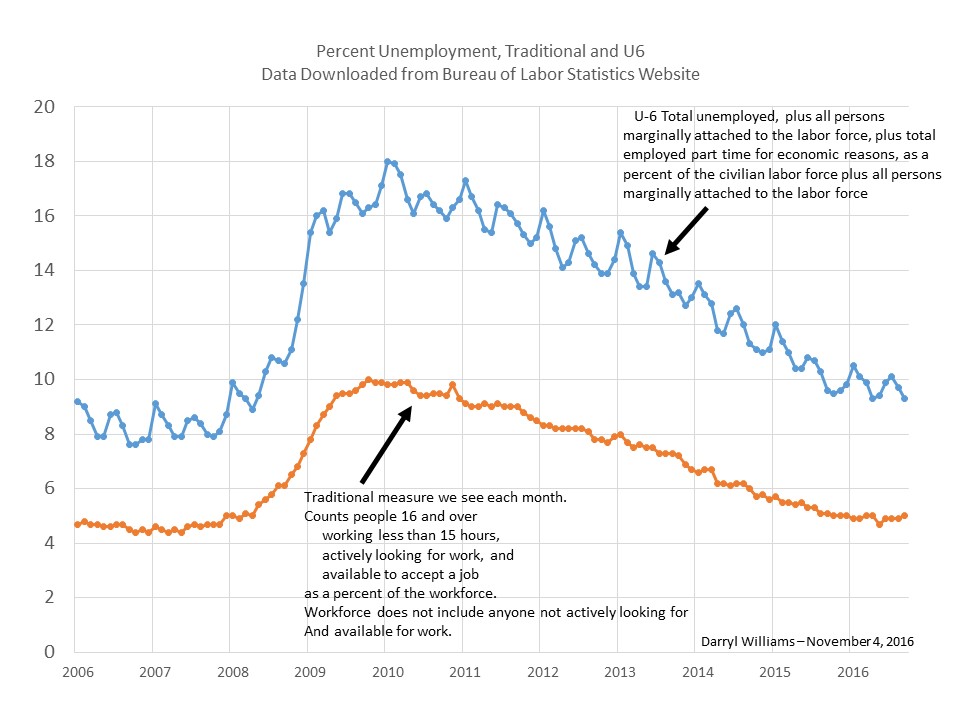