Strong Economy? Give Me A Break!

I am a little puzzled that so many seem to be excited about and making voting decisions based on the current economy. Yes, unemployment is low (as is compensation), and, yes, GDP seems to be increasing a bit faster than has been recently normal. But, any success is built on a house of cards, increasing debt.

The USA borrowed heavily during WWII and emerged victorius in the mid 1940’s with an extremely burdensome debt. But, economically speaking, we were the only economy left standing and enjoyed a monopoly for the next twenty years with resources to help others recover and to reduce our debt. We enjoyed steady real GDP growth.

But everything changed in the mid 1970’s as Japan and Germany recovered and started competing and as cheap oil disappeared with the first oil crisis. Rather than take corrective actions by tightening our belts and increasing our competitiveness, we began compensating by borrowing and increasing debt.

We got a temporary reprieve in the 1990’s and early 2000’s with the artificial dot com and real estate bubbles and then had to take emergency action after that. Now we are back on track with slowly increasing debt and the support of artificially low interest rates.

Well, I don’t have any easy solutions to this problem, but informed voters with better understanding of the economy and the national interest would help. 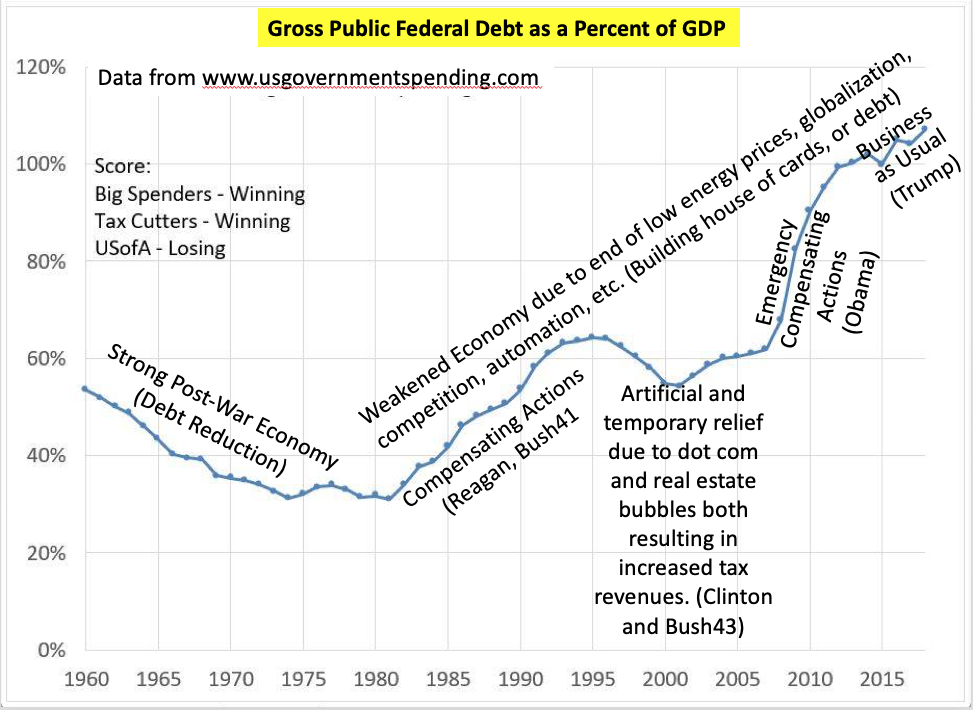