Posted in Jobs, and Taxes

Media typically reported enthusiastically about “creation” of 228,000 new jobs in November of 2017. For Example:

Could we have a little context? I checked the Bureau of Labor Statistics website which is the source of the 228,000 number and downloaded and plotted some history. Here is a short term monthly chart. The key points are that there is a lot of noise in the data, that the most recent numbers are estimates and are likely to be revised, and the the 12 month moving average trend which removes much of the noise shows little to celebrate. In this context, I see nothing “robust” about the recent numbers. 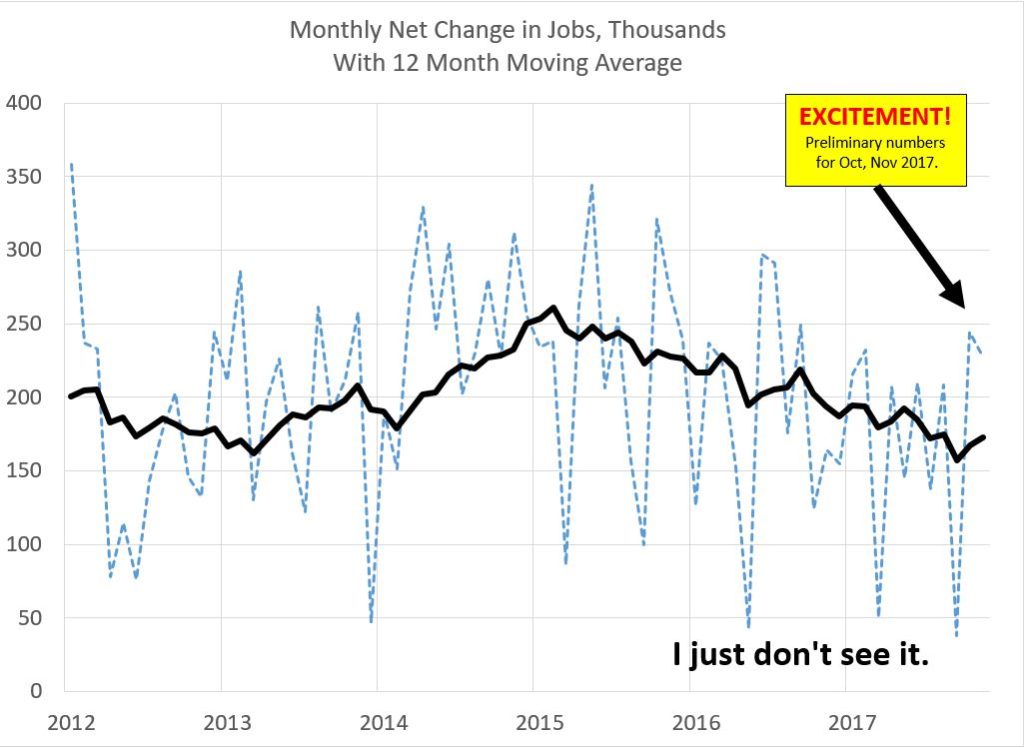 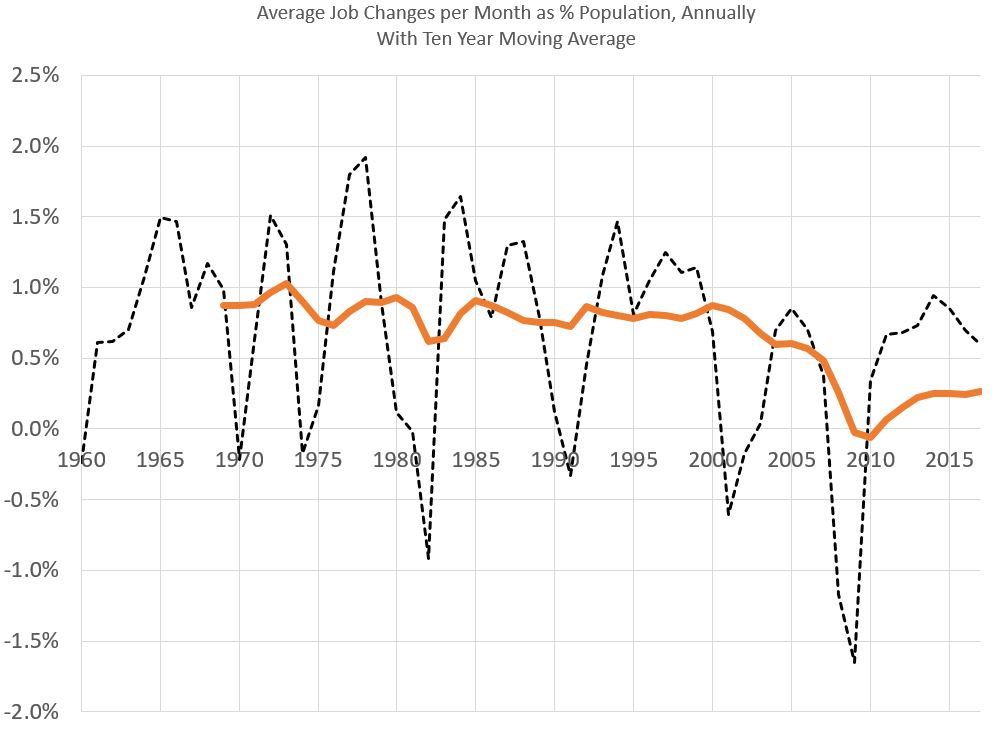 So, yes, we need serious tax reform to stimulate the economy. If that tax reform moves strongly in the direction of lower marginal rates with elimination of exemptions, deductions, exclusions, and credits, there is no reason it cannot generate more tax revenue immediately even as it stimulates the economy and job creation by attracting more investment. Whether the poorly designed mess currently proposed by the Republicans will be a move in the right direction is doubtful.