Getting to the Bottom of Things: Universal Toilet Paper (First Published 4/27/2011)

Admittedly, we have become extremely materialistic, focused almost entirely on MONEY and the things it can buy, but given the expanding population and the tendency of folks to want to flock together in cities, I don’t see any other options for feeding, clothing, sheltering, medicating, educating, communicating with, transporting, and employing billions while still respecting human dignity and creativity. It is too late, and there isn’t enough space, for everybody to have forty acres and a mule and enjoy, or suffer from, living off the land by the sweat of their brows the way many of our great grandparents did, needing MONEY only for staples. That is an option available now only to the wealthy. And the Soylent Green solution and similar extreme approaches result in complete destruction of human dignity and elimination of rights to life, liberty, and the pursuit of happiness. 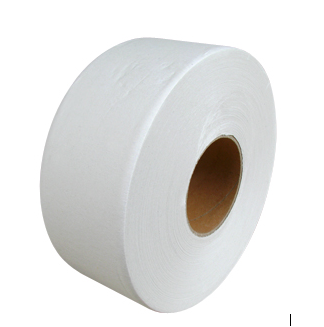 The US economy in particular comes under especially heavy criticism for rabid materialism and wasteful excess, often linked with or blamed on free market competition. I have heard the proliferation of toilet paper (TP) brands and varieties within brands put forth as an example of such waste. “Why do we need a hundred kinds of TP and all the advertising that goes with them?” the back to the earth advocates ask.

The answer to that question is tied closely with the value of competition and free enterprise as means of meeting the needs of the world. Here’s a parable: Suppose that prior to invention of TP, several cases of poison ivy occurred because of kids using leaves to clean themselves, and the idea of TP (based on the fact that some had been using Sears catalog pages) was born. Initially, the paper was a very expensive and scratchy novelty and used by only a few wealthy folks. Entrepreneurs saw opportunity, entered the fray, and came up with cheaper paper, softer paper, multi-layer paper, flowered paper, and service station bathroom paper. Brands and varieties proliferated. TP Advertising emerged as a creative outlet, productivity and production expanded, costs decreased, prices dropped, distribution expanded, employment increased, and TP became available everywhere at a variety of prices and qualities making it possible to pay as little as a half cent per wipe or as much as ten cents per wipe.

Probably few of my readers shop at Dollar General, but those who do can get six rolls of TP for a dollar. (I did talk to one lady who said she couldn’t afford TP and took it from her mother’s supply when she visited. Probably the paper is cheap enough that her mother didn’t really mind.)

Alternatively, the government could have stepped in at some point in my parable, concerned about too much of the GDP going to TP, and established a standard product, thereby avoiding the competition and advertising and proliferation of brands. If that had happened, the results would have been only one producer and one product, manufacturing probably outsourced to China, all the paper rough, wipes costing fifty cents each, frequent shortages, and a third of the population unable to afford it, requiring the government to begin issuing TPS’s (Toilet Paper Stamps). Well, free enterprise competition does have some advantages.

And of course this little parable explains why health care costs are out of control in the United States. Competition has been stifled and federal money has been pumped into the system and health care prices have expanded faster than any except perhaps education prices where we find exactly the same root causes: competition has been stifled and federal money has been pumped in. The extent of government control of the health care market is such that we are very close to “universal health care” which would mean that everybody would have access to exactly the same expensive health care at the same or no immediate out-of-pocket cost, with no options available. I had the thought several months ago that if that is a good thing for health care, it should apply just as well to food and housing. So, why not Universal Food Stamps (Soylent Green?) which I blogged about and even Universal Housing?

But let’s get to the bottom of things: It’s not too late for Universal Toilet Paper!

(Later Addition: Venezuela tried this, and here is how it worked out in 2016.)

And, if you are really more interested in the actual history of and other information about toilet paper than in free markets and competition, check out this website.