Posted in Deficits, and National Debt

The simple truth expressed in the title equation is lost in the shuffle of the posturing under way in Washington DC, in particular President Obama’s claims to have reduced the deficit by record amounts during his administration. What he claims is true but only because of the unbelievable deficit resulting from the bailouts and large increases in spending at the beginning of his administration, and it ignores the unsustainable debt growth that continues even with the admittedly smaller but still unsustainable deficits.

The only way to reduce, not eliminate but just reduce, the debt is to run a surplus. Reducing the federal deficit as proposed by the most aggressive budget hawks currently on the scene will still increase the federal debt.

There are only two strategies that can lead to meaningful debt reduction:

Real economic expansion is unlikely to result from government stimulus spending of borrowed money. It has to result from investment in economically sound projects that return more than the cost of capital to the investors. Such investments are unlikely to be made until the federal government gets its spending under control and enables reasonable prediction of inflation and tax rates for the foreseeable future. That does not require reducing the debt, but it does require balancing the budget and stopping the growth of the debt.

Inflation, on the other hand, can easily result from government stimulus spending. I guess that is where we are headed.

It’s just a little reality check. Here are the updated trends through 2016 of federal revenues and spending. 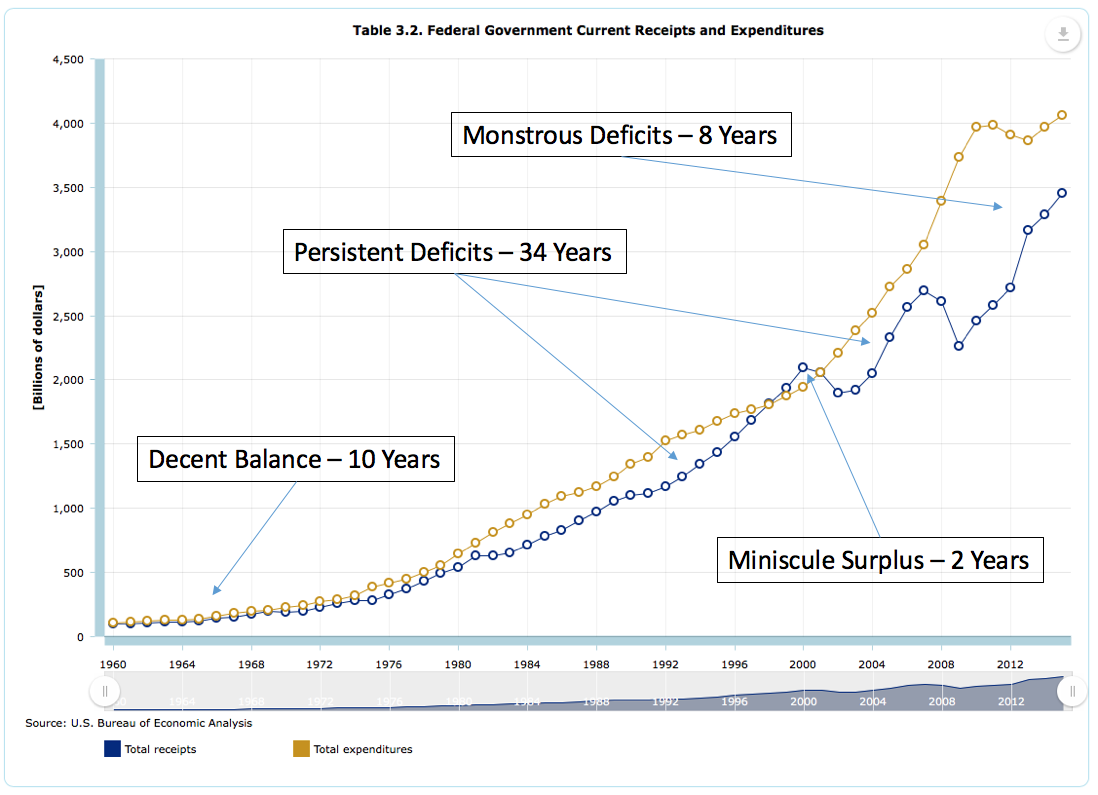